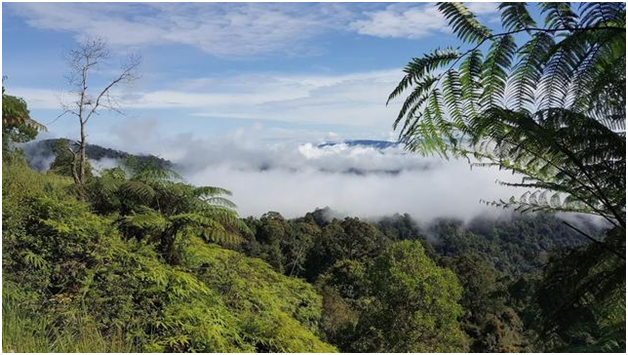 Angiogenesis is the process of formation new blood vessel. This process involves the migration, differentiation and growth of endothelial cells that line the inside wall of blood vessels (Folkman, 2007). Angiogenesis and inflammation, two host-dependent and interdependent hallmarks of cancer, play a critical role in the growth and spread of cancer. Tumors can stimulate angiogenesis by giving off chemical signals to increase blood flow to the tumor by promoting nearby normal cells to produce angiogenesis signaling molecules (Sturk, 2005). During critical tumor growth, the diffusion of nutrients and oxygen to the center of the tumor can become difficult, which causes a state of cellular hypoxia that marks the onset of tumoral angiogenesis. New blood vessel development during tumor progression favors the transition from hyperplasia to neoplasia or the passage from a state of steady-state cellular division to a state of uncontrolled proliferation, characteristic of tumor cells. This state then influences the dissemination of cancer cells throughout the entire body (metastasis formation). On the other side, there is anti-angiogenesis mechanisms process interfere with blood vessel formation (Eichhorn, 2007).


Angioprevention was a term coined several years ago when it was proposed that angiogenesis inhibition was a common target of most cancer chemo preventive drugs. Angiogenesis inhibitors that inhibit blood vessels growth rather than tumor cells are unique cancer-fighting agents. In some cancers, angiogenesis inhibitors are most effective when combined with additional therapies (especially chemotherapy). Drug discovery has focused on the identification of the agents that can modulate individual targets. Some drugs with specific targets showed limited treatment efficacy, poor safety and the rapid development of resistance (Curèiæ et al., 2012; Critchfield et al., 2012). Due to these issues, clinical trials have confirmed success only with multicomponent therapies (Montero et al., 2012; Secord et al., 2012). Efforts have been made for the discovery of combinatorial therapies using new drugs and for the achievement of different synergistic effects (Wang et al., 2012; Urba et al., 2012). Many natural anti-angiogenesis compounds showed synergistic effects with cancer chemotherapies.